When it comes to summer gardening in Alaska there's tons of stuff to grow. Yes, even outside. I'm fact, I think it would be easier to take out the things that won't grow. It's true that a lot of perennials elsewhere are considered annuals in Alaska but the following plants are so hardy that you would pretty much have to be actively trying to kill them for them to do poorly, and even then they'll come back twice as vigorously the next year! 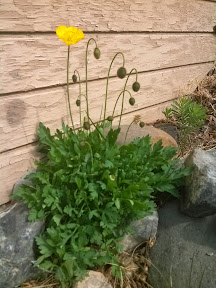 First up, my favorite spring indicator- Arctic Poppies. Their flowers are cheery yellows, whites, and oranges mostly. Their early greens and bright flowers are a welcome sight when all is brown during break up, and they keep right on going until it snows again! They have large, easy to identify seed pods after the flowers die back. They'll reseed on their own or pinch them off and scatter them where you'd like them next year! They really do a great job attracting pollinators too. They like to crop up between rocks and they are great for dryer areas. 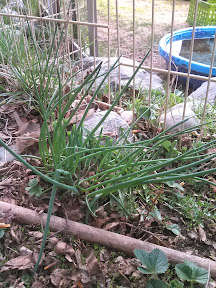 Next, a surprise to many, are chives. These guys were in my yard when I moved here 7+ years ago and despite several attempted transplantings they still come up in the strawberry bed every year. I love that you can cut them down to almost nothing and a week or so later you'll have another batch ready to go! They even have sweet little purple Whoville like blooms! 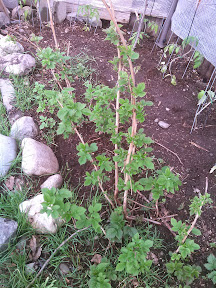 I LOVE my raspberries! One patch is from my mother in law's house and the other grew under the fence from my neighbors yard. The best place to get them? Free from someone else! These guys are so prolific that they are often on craigslist in the summer, free if you'll come save the giver from certain raspberry takeover! A small patch and some water will get you gallons of raspberries! 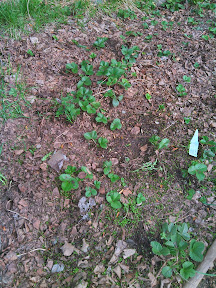 Another easy to find craigslist freebie is strawberries. They'll send runners out like crazy if you don't keep an eye on them! Cut the runners off for more fruit or let them go for more plants for next year. I can tell you that you will be amazed at the taste difference in these smaller berries compared to what you're getting at the store. They're practically candy! 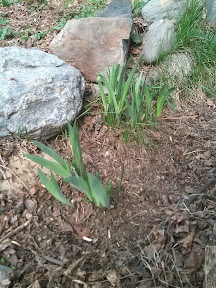 Although they take a bit longer to bloom than the poppies the beautiful, deep purple Siberian Iris blooms are worth the wait! They are perhaps the most neglected plant in my garden and yet they bring me beautiful flowers every spring. The down side to these is that they don't bloom as long as other flowers, once they put on their show they are pretty much done. The fun, spiky leaves are a neat shape contrast to most other plants though too. 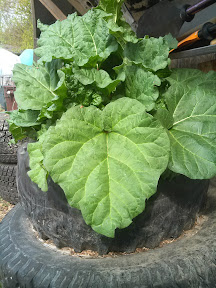 Lastly the king of them all- rhubarb. Use it to line path ways, cover unsightly electrical boxes, and, best of all, to eat! There are several varieties that grow in Alaska and they are pretty easy to get from a friend that's dividing. They have leaves bigger than your head and stems thicker than your thumb! If you are an over-waterer these are for you! They do alright with just about any watering but they do especially well when they've been soaked. They are some of the first things to be ready to harvest and they grow all summer long. Every few years you can cut into the base and divide it into 3-4 more plants!


Some others that make my list are wild roses, lilacs, arctic kiwi, lily of the valley, lupines, forget me nots, and gooseberries.

Don't let the long, cold winter fool you! There are still lots of wonderful, easy things to grow here and you don't even need a greenhouse.